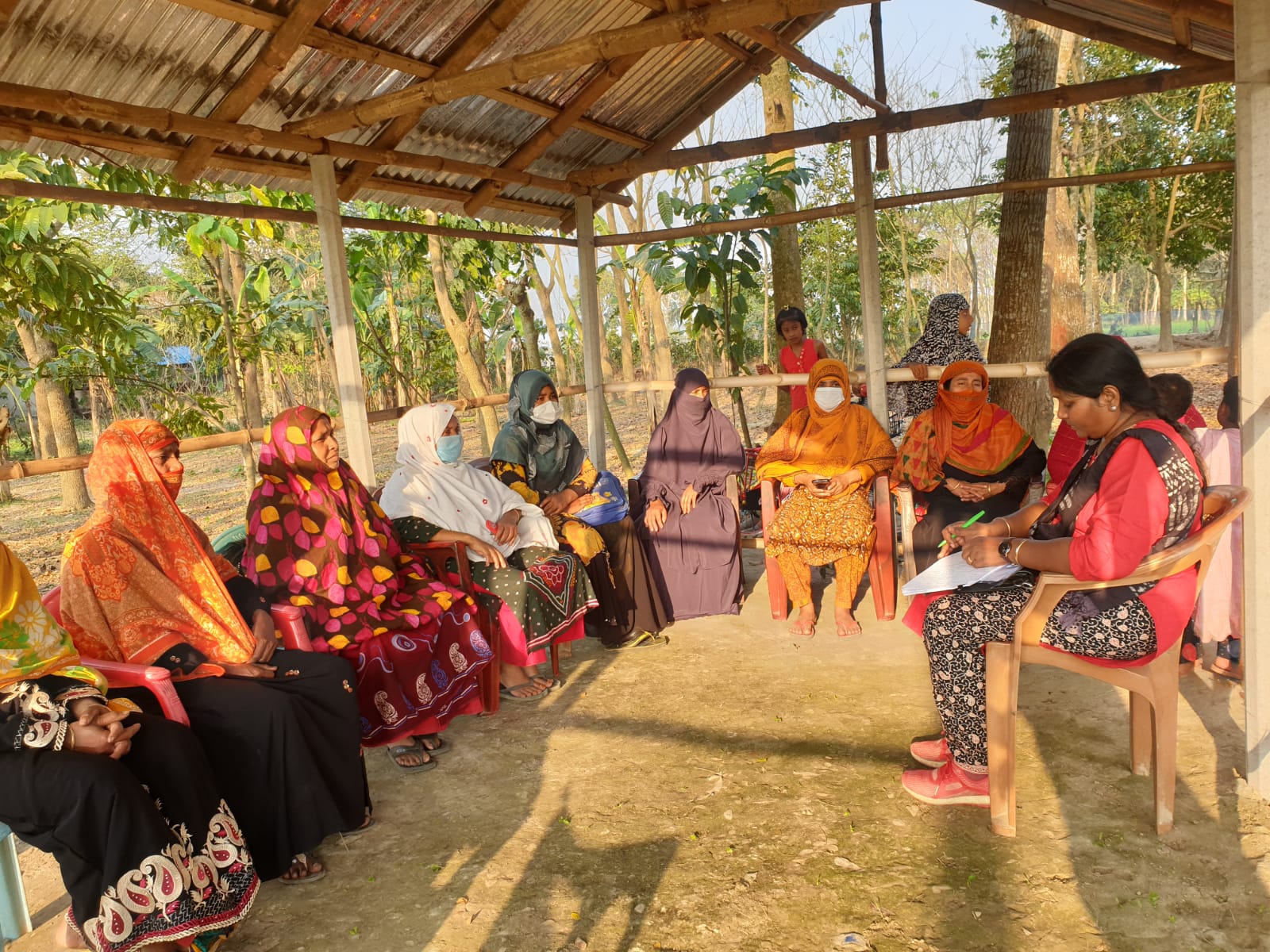 Plant nurseries are a vital element of agriculture in Bangladesh. These small, often family-owned enterprises dedicated to fruit and vegetable sapling cultivation are an age-old income generation activity for farming families. However, it’s an entrepreneurial activity that has often bypassed women.

A feasibility study conducted by the Feed the Future Insect-Resistant Eggplant Partnership (IREP) focused on understanding the scope of nursery enterprises in Bangladesh, especially in improving women’s participation in economic activities, job creation and poverty reduction.

In March and August of 2022, gender experts with IREP conducted physical visits, interviews, and focus group discussions with 70 households in 12 villages across three districts. Those visits to farming communities in Jessore, Bogra, and Joypurhut aimed to better understand the scope of establishing women-led nurseries.

In Bangladesh, 80% of nurseries are family-owned and managed by family members. Nurseries require minimal investment, reaping high profits in a short period. However, women’s involvement in nursery enterprises is  often limited to watering, weeding, sowing and packing produce for the market. Crop planning and market-based entrepreneurial activities are considered jobs for men in Bangladesh. Women employed as laborers in nurseries earn only 50% of the income compared to men. Employers say they prefer to hire men because they can work any time during the day and engage in more manual labor. In comparison, employers claim that women have restrictions that keep them from working late or early in the morning.

During interviews with the IREP team, women shared different experiences of gender-based discrimination and social and cultural barriers that constrained them from excelling as nursery owners.

In September, 18 women — nine each from two districts — came together to start their own vegetable nurseries with aspirations of improving their social and economic status. Although these women have immense knowledge in nursery management, their skills and knowledge were confined to homesteads and supporting their male counterparts. Women stated they were confident they could thrive with technical training, financial support, and mentoring support.

All the women were provided initial training and formed into peer groups. Going forward, the women will be trained on USAID’s three-pillar approach to advance women’s economic empowerment. Specifically, women will be provided extensive training in nursery management and mentored to raise seedlings of Bt eggplant and other vegetables. Financial support will be provided to initiate and manage nurseries for 2-3 seasons. Strategically, gender-responsive strategies will be adopted to close the gender gaps and facilitate access to the market, credit, and supply chains.

While thorough baselines and impact studies are to follow, the women expressed confidence that their peer groups would be a robust support mechanism for them to unite, break gender stereotypes and overcome the social-cultural barriers.

The enterprises are to be continuously monitored for progress and assessed through five domains of empowerment (5DE) in agriculture as per the Women’s Empowerment in Agriculture Index (WEAI): decisions about agricultural production, access to and decision-making power regarding productive resources, control of the use of income, leadership in the community and time allocation.

Raja Rajeswari Meka is a gender expert. She serves as associate vice president for the Cornell Sathguru Foundation for Development at Sathguru Management Consultants