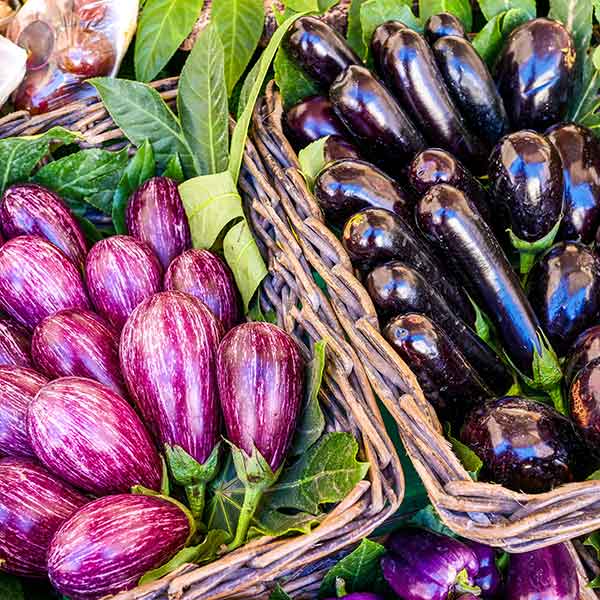 Historically, private sector companies have been dominating the development, introduction, distribution and growth of biotech crop market around the world. Bt eggplant is one of the few genetically modified products, developed by a public sector institution, to have been commercialised for cultivation in Bangladesh, the only other product being genetically modified papaya in the USA. Bt eggplant was developed by Bangladesh Agricultural Research Institute (BARI) through introgression of Mahyco’s EE-1 event into popular eggplant varieties of Bangladesh, along with requisite regulatory studies and efficacy trials in Bangladesh, under the aegis of Agricultural Biotechnology Support Project II and later sustained by the Feed the Future South Asia Eggplant Improvement Partnership project (FtF-SAEIP).

Upon approval by Bangladesh Government for commercial release of Bt eggplant in October 2013, MoA, Bangladesh distributed Bt eggplant seedlings to 20 farmers from 4 districts in January, 2014 following which there was no looking back. Today into the 7th year of its commercialization, an estimated more than 27,612 farmers1(~18% of eggplant growing farmers) are reaping the benefits of the technology cultivating Bt eggplant in ~4000 acres across more than 50 districts of Bangladesh. Bt eggplant farmers realized net returns to the tune of $2,151/ha as compared to $357/ha for non-Bt eggplant, a six-fold increase2 and saved almost 60% on pesticide cost compared to non – Bt eggplant farmers.

Bt eggplant’s (or Fruit and Shoot Borer Resistant eggplant) post release journey in Bangladesh from 2013 to 2018 have come a long way. It was for the very first time that the public sector in Bangladesh was involved in development and commercialization of a genetically modified food crop. The challenges were multi-fold including absence of a single entity with necessary experience and exposure, risks of performance of the technology across farmer fields, lack of farmers understanding on management of biotech crops and public awareness about the technology. The success of Bt eggplant would not have been possible without Bangladesh government’s efforts of leveraging three key public sector institutes for gradual spread and adoption of the technology among eggplant farmers of the country (a) BARI, a national level public research institution and product developer, leading the effort towards development diffusion and scaling up of Bt eggplant adoption, (b) Department of Agricultural Extension (DAE), the national level extension entity and (c) Bangladesh Agricultural Development Corporation (BADC), the leading public sector seed production and distribution agency. The project played an important role in enabling vital and strategic collaboration between these three organizations to help coordinated production, distribution and adoption of Bt eggplant in Bangladesh.

BARI spearheaded the dissemination of the technology in the first three seasons (2014 – 2016). BARI started with conducting farmer field demonstration trials of Bt eggplant across various districts through its On-Farm Research Division (OFRD) gradually increasing the farmer number and acreage over the three years. With BARI having minimal capacity in large scale seed bulking and distribution as directed by Ministry of Agriculture’s (MoA), BARI provided Bt eggplant seeds to BADC for bulking and to DAE for wider distribution. From the fourth season in 2016-17 DAE initiated distribution of the seeds for wider adoption, while BADC started bulk production of Bt eggplant seeds in 2016-17 and started with commercial distribution from the fifth season onwards in 2017-18. Leveraging BADC’s wide nationwide network of marketing centers and dealers facilitated a leapfrog in adoption of the technology across the country.

While BARI is involved in breeder seed production for all the 4 varieties, BADC uses breeder seeds from BARI for production and dissemination of foundation seeds. DAE plays key role in disseminating seeds produced by BARI and educating farmers on Bt eggplant cultivation practices through their extension officers spread across various districts. To ensure seeds of desired quality are being disseminated Biotech division of BARI tests their breeder seeds for genetic purity, germination and moisture content prior to supply to BADC and DAE. Additionally, samples of foundation seeds produced by BADC are sent to BARI for testing genetic purity and expression of Bt protein. . The Bt eggplant seed packets of both BARI and BADC are packed with requisite quantum of non Bt seeds of the respective varieties for refuge planting along with information leaflet on Bt eggplant cultivation practices for distribution to the eggplant growing farmers.

Capacity building has been one of the key aspects towards driving sustained adoption of Bt eggplant by the farmers of Bangladesh and has been going on at the start of each growing season. BARI has taken the lead role in continually sensitizing officials of DAE and BADC on various aspects of Bt eggplant production, management and stewardship to ensure right technology transfer and information dissemination to the eggplant farmers. BADC seed producers, marketing officers, dealers and DAE seed distribution officers were trained on best practices for management of Bt eggplant. The dealers of BADC were specifically trained on the importance of distributing non-Bt seeds along with Bt seeds, providing guidance to farmers on planting refuge and keeping records of farmers who receive the Bt seeds. Extension professionals of DAE have also been trained every season by BARI as the torch bearers of the technology to aid in educating farmers across the country. Similar trainings will be carried out in subsequent seasons to reach out to additional stakeholders from all the eggplant growing regions of the country. Farmers implementing demonstration trials managed by OFRD, BARI have been trained every year on “cultivation and management practices for Bt eggplant” by the experts from BARI. Over the last 7 seasons almost 1900 such trials have been conducted across various eggplant growing districts to assess the performance of the crop in the farmer’s field supported. Farmer demonstration fields are closely monitored during the season by BARI researchers and officials, who provide necessary advisory services to the farmers during the cropping season. Farmer sensitization and capacity building initiatives by BARI and DAE further needs to be continued in the next few seasons to reach out to larger number of beneficiary farmers.

It was for the first time that three key public sector institutes in Bangladesh worked collaboratively towards the common goal of sustained diffusion of the genetically modified technology across the farmer fields of Bangladesh. USAID supported Feed the Future South Asia Eggplant Improvement Partnership project. (FtF-SAEIP) have played a key role working with BARI, BADC and DAE on sensitizing them on technology, its management and building capacities of stakeholders.

Nevertheless, public sector have their own limitation and hence, even 7 years after its release only about ~21% of the area under eggplant is estimated to be under Bt eggplant cultivation. The foremost reasons being limited number of commercialized Bt eggplant varieties which hinders wider adoption. Lack of formal obligation between stakeholder institutes prevents synchronized scale-up that happens in a systematic way in private seed companies. With regards to stewardship compliances, there still exist gaps in terms of refuge planting across all farmer fields. While, hybrid Bt eggplant could provide additional advantages (yield increase and quality) to farmers, public sector seems to be reluctant to bring in hybrids as it will require farmers to buy seeds every year. Sustainability of Bt eggplant in Bangladesh may be threatened with no second generation (2-gene) product currently in pipeline. Development of dual-Bt gene eggplant should be initiated and can be accomplished by public – private partnership.

Riding on the success of the Bt eggplant so far in Bangladesh, it is time now for private sector to get involved in development of second generation (2 gene) product, bring in high yielding Bt hybrids and leverage their well- established marketing and distribution network for accelerated and wider adoption. In Bangladesh, the private sector is currently growing and dominating the supply of hybrid of major crops including rice, maize, potato, jute and vegetables. Private sectors could be a significant partner in the long-term development of Bt eggplant and future crop innovations by introducing newer varieties and/or hybrids suitable for different regions and consumer preference. Collaborative efforts between these public sector institutions and private sectors could further help rapid popularization of the technology among farmers.